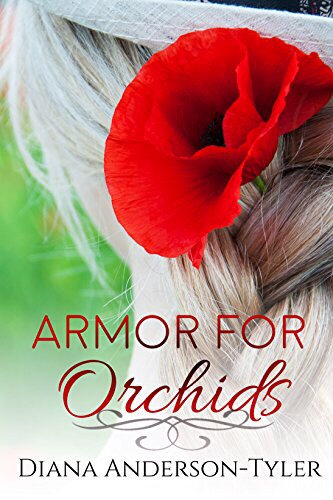 Three small-town young women face big-time battles. After suffering a heart-aching breakup, Marissa retreats into herself, over-exercising and depriving herself of food. When she takes on an acting role portraying a mysterious woman named Poppy, she realizes that to find joy again, she must fight for it. Still reeling from the void left after her father died, Elise fills the space with short-lived thrills and flings, each leaving her lonelier than before. But when she meets Brady Bradshaw, the lead actor in a movie being filmed in her hometown of Bluebonnet, she finds herself drawn to something more than his charm and good looks. The honeymoon phase ended long ago for Charlotte and her husband, who pays more attention to his phone and sports than to her. After meeting handsome, blue-eyed Wes, her imagination shifts from the fantasy world of her romance novels to reality. Will she strive to save her marriage, or will lust and apathy undermine what she knows is right? Poppy McAdams calls these women the Orchids. Despite barely knowing them, this sage older woman assigns each a particular species of orchid, one that reveals what they struggle against and how to fight back victoriously. Her own life has been rife with hardship and heartache, but it serves the Orchids well as they learn to trust in God’s

My Rating: A book that brought me to a better relation with God deserves more then a rating, needless to say this book has more than earned its 5 stars.

Received: An ebook arc from the author

Sometimes I think that God messes with me by letting me believe that I am in control of what I do and what happens to me in my life and then purposefully takes that away from me by flipping everything on its side and showing me something to help me see things differently. That’s what I feel this book was for me, divine intervention.

I have never read a faith inspired book. I never really thought I was going to read one. As much as I believe in God it never really crossed my mind to read a book about faith. Which, thinking about it now feels rather bad of me, but I digress.

Going into this book I knew it had to do with faith, but I didn’t realize how closely I was going to identify with the characters and how much I would hope for their futures.

First off is Marissa, a woman who’s break-up lead her to digress into a hole of self-pity that I remember feeling myself when I was having a lot of problems with self-image and self-worth a few years ago. Like my own mother, Marissa’s doesn’t let her wallow if she can help it. It made me so happy to see a mom that instead of being the sole comforter, actually pushes Marissa to do something and take control of her life.

Then there is Charlotte, a married woman who feels dissatisfied with the way her marriage has transpired and seeks other means to spice up her life. Her faith journey was the one that inspired me the most. Reminding me that under certain circumstances you need to say no where you’ve previously said yes.

Elise made me really happy. I feel like Brady fit her perfectly and their dates were always fun to read. I love the banter that Brady and Elise had between them both. Her doubts about God made me sad especially her reasons for doubting, but we are all full of doubt one way or another it’s a part of life.

Bringing them all together is Poppy, an older woman whose life is being told in a movie. Poppy is the most steadfast believer in God I have ever come across. Her meddling in these women’s lives made them and me, all the better for it.

For a faithfilled journey full of ups, downs, side roads, and the guiding light of fate that looks a lot like Orchids, take the dive into the world of Armor for Orchids. A book that for the health of your soul, you will never regret reading.

Thank you for reading. I hope you take a chance on the faith journey that is Armor for Orchids.