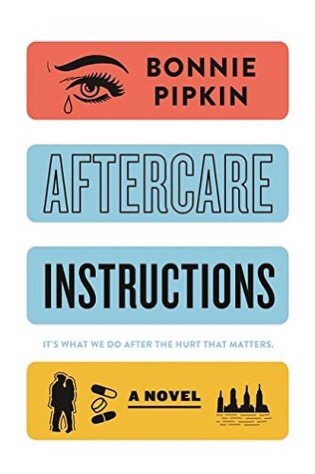 Recieved: Netgalley provided an earc copy in exchange for an honest review

In the tradition of Rainbow Rowell and Jandy Nelson, a powerful, big-hearted journey of furious friendship, crazy love, and unexpected hope
“Troubled.” That’s seventeen-year-old Genesis according to her small New Jersey town. She finds refuge and stability in her relationship with her boyfriend, Peter—until he abandons her at a Planned Parenthood clinic during their appointment to terminate an unwanted pregnancy. The betrayal causes Gen to question everything.
As Gen pushes herself forward to find her new identity without Peter, she must also confront her most painful memories. Through the lens of an ongoing four act play within the novel, the fantasy of their undying love unravels line by line, scene by scene. Digging deeper into her past while exploring the underground theater world of New York City, she rediscovers a long forgotten dream. But it’s when Gen lets go of her history, the one she thinks she knows, that she’s finally able to embrace the complicated, chaotic true story of her life, and take center stage.
Aftercare Instructions, an electric, format-crushing debut, full of heart and hope, follows Gen on a big-hearted journey from dorm rooms to diners to underground theaters—and ultimately, right into readers’ hearts.

In a single word this book is: bold

Why isn’t this book everywhere? It’s gorgeously written, real, and full of life. It discusses a topic that fills the masses with a charged energy on both sides of a story and is born from the burning embers of a movement that has caused a lot of debate, especially now. I could whisper the word abortion and pretty soon a whole room erupts into discussion and inevidibly arguments. I have no idea why, but the topic of abortion has latched onto me recently (as it may have for many of us) and hasn’t let go. I’ve thought myself to be on all sides of the spectrum pro-life, pro-choice, and somewhere in-between.

However, this is not only a book that tackles the hardships and choices of abortion (something that it does brilliantly I must say) it is also a story about family, relationships, and simply being human, mistakes and all. I loved that while abortion is a huge theme of this novel it is not the only one, and quite possibly, not even the most important.

For Genesis, there is a whole lot that occurs in a single week, and family is a huge part of it. Years ago when Gen lost her father, her world broke apart, her mother broke down, and Gen took it upon herself to pick up the pieces, for better or worse. Having to be a stronghold for her mother is a huge part of this novel, a depiction of mental disparity caused by grief that added a depth to this story that continues to tug at my heart.

Gen’s father, who feels like the guiding voice of this novel, felt like a catalyst for healing and a constant source of strength. Even as he caused his wife’s greatest weakness in his death. Gen’s dad was a curiosity, his traits branded into Genesis’s own. His heart in hers, his hand guiding her towards his past, in a shining light. I felt his voice so much in this because of every flashback and rush toward the future surrounded itself in theatre the thing he loved to do most.

I love the aspect of theathre in this book. The parts written in acts. The idea of plays woven deep into the rhyrthm of this novel. It added a richness to the story that would never have existed. It’s importance unexpected, but completely right.

Peter the boy that Gen fell in love with that left her alone at Planned Parenthood. Religious, hurting, and confused Peter, who after all the emotions, I never ended up hating, though I really really wanted to.

This novel is driven by its characters. Driven by their conflicting desires and shared hopes. All tied up in a thing called aftercare, because you may not be able to be in control of how things happen, but you can work towards becoming healed.
This book deserves to be read, shared, discussed, and read again. This a novel that society needs. I hope that you consider my words and take them to heart. No matter what you believe, this is a book that can help bridge an understanding amongst us all,  if only you are willing to take the jump, with your eyes wide, and your mind open…

Thank you for reading. Let me know any concerns you have about the topic above. I’m always open to discussion. I want to hear all of your thoughts and if you do decide to give this book a try let me know.

3 thoughts on “Aftercare Instructions: A Review”