A Court of Mist and Fury by Sarah J. Maas 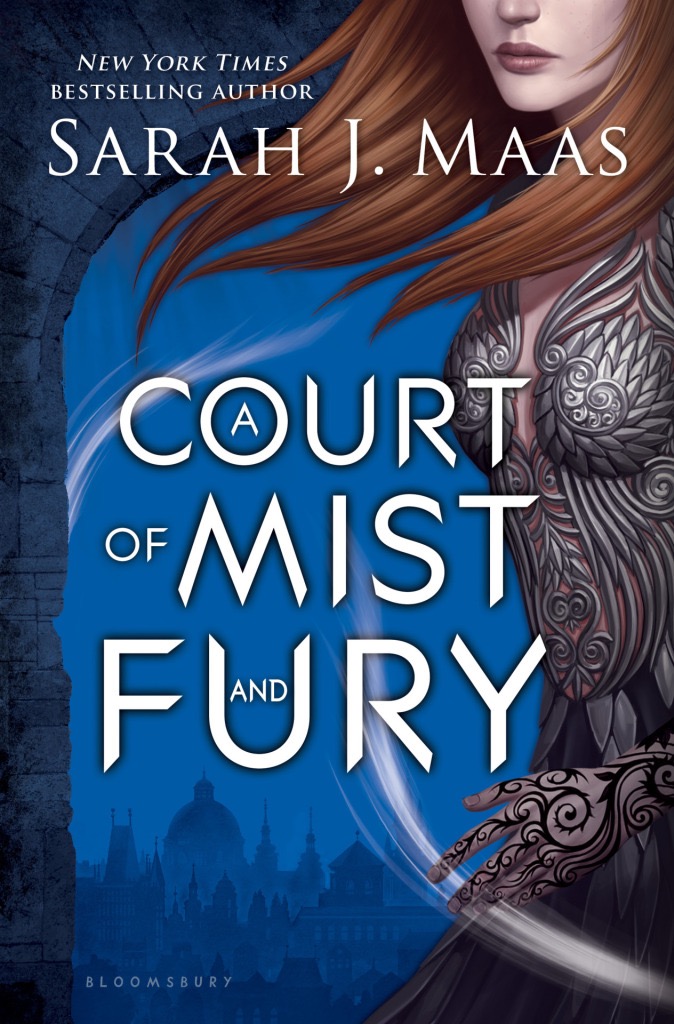 Feyre survived Amarantha’s clutches to return to the Spring Court—but at a steep cost. Though she now has the powers of the High Fae, her heart remains human, and it can’t forget the terrible deeds she performed to save Tamlin’s people.
Nor has Feyre forgotten her bargain with Rhysand, High Lord of the feared Night Court. As Feyre navigates its dark web of politics, passion, and dazzling power, a greater evil looms—and she might be key to stopping it. But only if she can harness her harrowing gifts, heal her fractured soul, and decide how she wishes to shape her future—and the future of a world cleaved in two.
With more than a million copies sold of her beloved Throne of Glass series, Sarah J. Maas’s masterful storytelling brings this second book in her seductive and action-packed series to new heights.
﻿

Ahhh!!! This book is so beautiful, amazing, wonderful, amazing, and down right dazzling! My heart is so full after reading this book and this is the book that made me feel like being free to love.

Gosh did Tamlin do a 180 in this book. He made me want to scream and rage and tear down walls with the audacity of his obsessive and posessive nature. When he put Fayre in that bubble and locked her at his place I was about to throw my phone at the wall. He was supposed to be a good man, but he failed and turned Fayre into a shell of who she once was and that was NOT ok. Plus their relationship was so purely physical that I was visably upset. There was no longer a real connection between them and Fayre was fading, when should have been rising up.

However, Rhysand, Rhysand made me swoon. He is the definition of a good man. His relationship with Fayre took time to develop and I think the two of them falling in love was one of the most beautiful love stories I have ever read. He cared about her. He lifted her up. He left her to her own devices and accepted any choice she would make. He taught her to read and write. With sentences that made me smile and want to give him a hug for how much of an idiot he was being. Rhysand is the most handsome high lord. He would tell her to write. Rhysand is the most powerful high lord. Rhysand is extremely attractive. It was some beautiful arrogance that I adored.

I also loved how he always treated her as his equal. The person he needed to stand beside, never being any more or less then she. When he would fly her around the romance was palpadable and I screamed with joy. Although that one time she choose not to fly with him also had me smiling as well. Even the arrogance of having her fetch her mothers ring on her own to prove that she was his equal while testing her power made me happy. Even if it made Fayre so mad afterwords. (I want to reread this book so badly now and I just finished reading it!!)

Then there was the ending. The ending that had me screaming again. I was so upset that Fayre went back with Tamlin and had that original bond with Rhysand broken. If their mating bond hadn’t still been there I would have been even angrier. They went through so much to be together just for them to be torn apart and I was not having it. She had almost lost Rhysand due to poison arrows and found she could heal him. She almost lost herself at the beginning to Tamlin. Her family was almost lost with their change there at the end and I’m done with Fayre losing things.

That said I’m extremely excited for ACOWAR and I can’t wait to read it!! I’m ready to delve into this world once more!

Thank you all for reading! I hope you liked this review. It was rather more sporadic then usual, but that’s how ACOMAF made me feel. Let me know what you think of Sarah J. Maas and the ACOTAR series in the comments! Also any recommendations for other books like this one you think I would like would be much appreciated.