June is pride month and I thought I would share some books on my tbr (that I don’t yet own) that I hope to get my hands on and read ASAP!

History Is All You Left Me by Adam Silvera 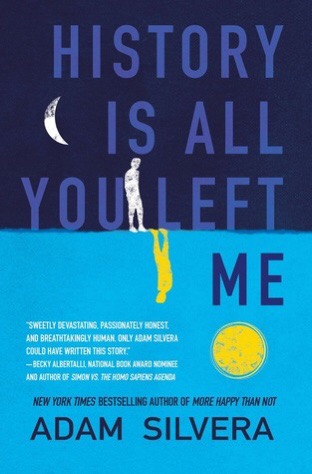 “This book will make you cry, think, and then cry some more.”

—Nicola Yoon, #1 New York Times bestselling author of Everything, Everything
From the New York Times bestselling author of More Happy Than Not comes an explosive examination of grief, mental illness, and the devastating consequences of refusing to let go of the past.
When Griffin’s first love and ex-boyfriend, Theo, dies in a drowning accident, his universe implodes. Even though Theo had moved to California for college and started seeing Jackson, Griffin never doubted Theo would come back to him when the time was right. But now, the future he’s been imagining for himself has gone far off course.
To make things worse, the only person who truly understands his heartache is Jackson. But no matter how much they open up to each other, Griffin’s downward spiral continues. He’s losing himself in his obsessive compulsions and destructive choices, and the secrets he’s been keeping are tearing him apart.
If Griffin is ever to rebuild his future, he must first confront his history, every last heartbreaking piece in the puzzle of his life.

Ramona Blue by Julie Murphy (a copy of this book is on its way and I couldn’t be more excited!) 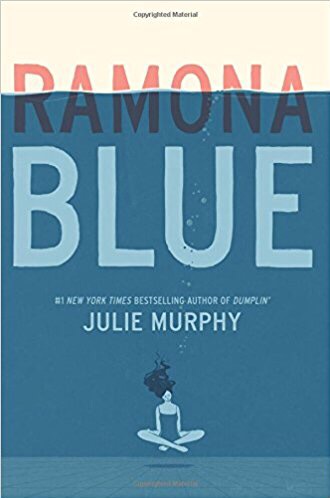 A new novel from Julie Murphy, the #1 New York Times bestselling author of Dumplin’, about family, friendship, and modern love.
Ramona was only five years old when Hurricane Katrina changed her life forever. Since then, it’s been Ramona and her family against the world. One of only two out lesbians in her small town and standing over six feet tall with unmistakable blue hair, Ramona knows she’s destined for something bigger than the trailer she calls home in Eulogy, Mississippi. But juggling multiple jobs, her flakey mom, and her well-meaning but ineffectual dad forces her to be the adult of the family. Now with her sister Hattie pregnant, her responsibilities weigh more heavily than ever. The return of her childhood friend, Freddie, brings a welcome distraction. Ramona’s friendship with the former competitive swimmer picks up exactly where they left off, and soon he’s talked her into joining him for laps at the pool. Ramona is hesitant at first, but soon she finds herself called to the water in a way that makes all the other noise fade.
As Ramona falls more in love with swimming, her feelings for Freddie begin to shift as well, and she must decide if knowing who she is is more important than figuring out who she might become.
From bestselling author Julie Murphy, comes a sharp and thought provoking novel about modern love, family, and the labels that we just can’t seem to escape.

It’s Not Like It’s A Secret by Misa Sugiura 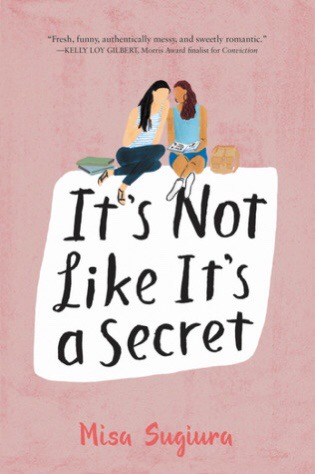 Sixteen-year-old Sana Kiyohara has too many secrets. Some are small, like how it bothers her when her friends don’t invite her to parties. Some are big, like that fact that her father may be having an affair. And then there’s the one that she can barely even admit to herself—the one about how she might have a crush on her best friend.
When Sana and her family move to California she begins to wonder if it’s finally time for some honesty, especially after she meets Jamie Ramirez. Jamie is beautiful and smart and unlike anyone Sana’s ever known. There are just a few problems: Sana’s new friends don’t trust Jamie’s crowd; Jamie’s friends clearly don’t want her around anyway; and a sweet guy named Caleb seems to have more-than-friendly feelings for her. Meanwhile, her dad’s affair is becoming too obvious to ignore anymore.
Sana always figured that the hardest thing would be to tell people that she wants to date a girl, but as she quickly learns, telling the truth is easy… what comes after it, though, is a whole lot more complicated.

Symptoms of Being A Human by Jeff Garvin

The first thing you’re going to want to know about me is: Am I a boy, or am I a girl?
Riley Cavanaugh is many things: Punk rock. Snarky. Rebellious. And gender fluid. Some days Riley identifies as a boy, and others as a girl. The thing is…Riley isn’t exactly out yet. And between starting a new school and having a congressman father running for reelection in uber-conservative Orange County, the pressure—media and otherwise—is building up in Riley’s so-called “normal” life.
On the advice of a therapist, Riley starts an anonymous blog to vent those pent-up feelings and tell the truth of what it’s REALLY like to be a gender fluid teenager. But just as Riley’s starting to settle in at school—even developing feelings for a mysterious outcast—the blog goes viral, and an unnamed commenter discovers Riley’s real identity, threatening exposure. Riley must make a choice: walk away from what the blog has created—a lifeline, new friends, a cause to believe in—or stand up, come out, and risk everything.

Every Heart A Doorway by Seanan McGuire 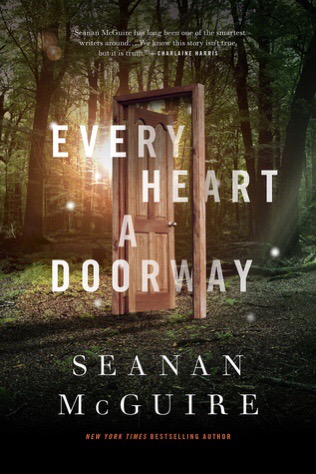 No Quests
Children have always disappeared under the right conditions; slipping through the shadows under a bed or at the back of a wardrobe, tumbling down rabbit holes and into old wells, and emerging somewhere… else.
But magical lands have little need for used-up miracle children.
Nancy tumbled once, but now she’s back. The things she’s experienced… they change a person. The children under Miss West’s care understand all too well. And each of them is seeking a way back to their own fantasy world.
But Nancy’s arrival marks a change at the Home. There’s a darkness just around each corner, and when tragedy strikes, it’s up to Nancy and her new-found schoolmates to get to the heart of the matter.
No matter the cost. 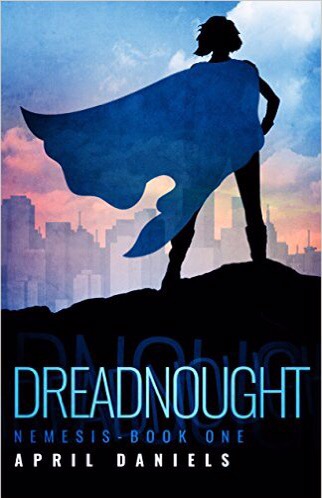 An action-packed series-starter perfect for fans of The Heroine Complex and Not Your Sidekick.
“I didn’t know how much I needed this brave, thrilling book until it rocked my world. Dreadnought is the superhero adventure we all need right now.”―Charlie Jane Anders, author of All the Birds in the Sky
Danny Tozer has a problem: she just inherited the powers of Dreadnought, the world’s greatest superhero. Until Dreadnought fell out of the sky and died right in front of her, Danny was trying to keep people from finding out she’s transgender. But before he expired, Dreadnought passed his mantle to her, and those secondhand superpowers transformed Danny’s body into what she’s always thought it should be. Now there’s no hiding that she’s a girl.
It should be the happiest time of her life, but Danny’s first weeks finally living in a body that fits her are more difficult and complicated than she could have imagined. Between her father’s dangerous obsession with “curing” her girlhood, her best friend suddenly acting like he’s entitled to date her, and her fellow superheroes arguing over her place in their ranks, Danny feels like she’s in over her head.
She doesn’t have time to adjust. Dreadnought’s murderer―a cyborg named Utopia―still haunts the streets of New Port City, threatening destruction. If Danny can’t sort through the confusion of coming out, master her powers, and stop Utopia in time, humanity faces extinction.

The Art of Being Normal by Lisa Williamson

David Piper has always been an outsider. His parents think he’s gay. The school bully thinks he’s a freak. Only his two best friends know the real truth: David wants to be a girl.

On the first day at his new school Leo Denton has one goal: to be invisible. Attracting the attention of the most beautiful girl in his class is definitely not part of that plan. When Leo stands up for David in a fight, an unlikely friendship forms. But things are about to get messy. Because at Eden Park School secrets have a funny habit of not staying secret for long, and soon everyone knows that Leo used to be a girl.

As David prepares to come out to his family and transition into life as a girl and Leo wrestles with figuring out how to deal with people who try to define him through his history, they find in each other the friendship and support they need to navigate life as transgender teens as well as the courage to decide for themselves what normal really means. 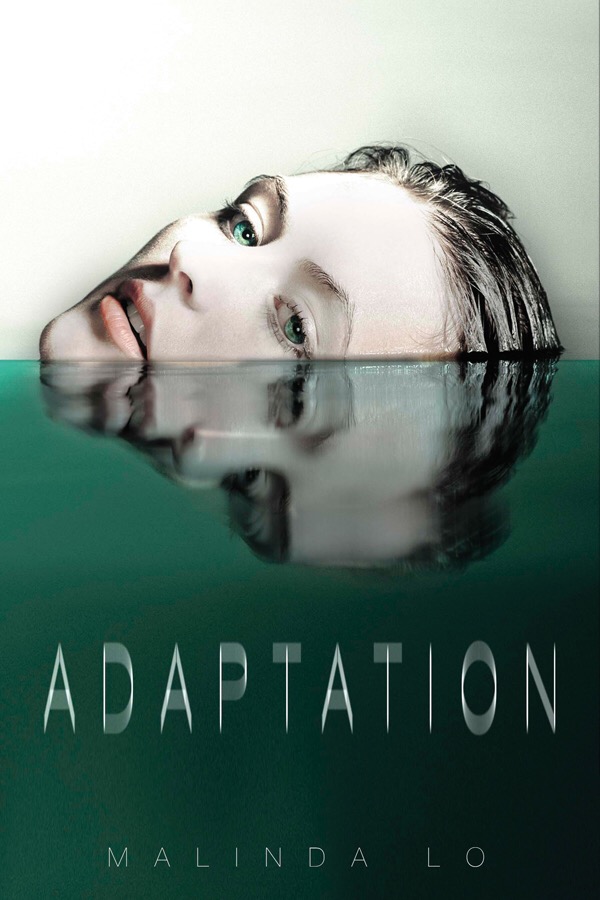 When birds start flying into planes all over the country, it’s impossible to call that many collisions a coincidence. Then Reese and her crush, David, get in a crash of their own, and when she wakes up a month later, she has no recollection of what she missed. Her life only gets more confusing when she meets the beautiful Amber, and realizes she’s confused about more than just what’s going on outside; apparently her sexuality isn’t quite what she thought it was, either. As she works to solve the mystery of what happened to her during the month she was unconscious, she also must confront her feelings for both David and Amber, an issue which continues in sequel Inheritance.

The line between best friend and something more is a line always crossed in the dark.

Jess Wong is Angie Redmond’s best friend. And that’s the most important thing, even if Angie can’t see how Jess truly feels. Being the girl no one quite notices is OK with Jess anyway. If nobody notices her, she’s free to watch everyone else. But when Angie begins to fall for Margot Adams, a girl from the nearby boarding school, Jess can see it coming a mile away. Suddenly her powers of observation are more a curse than a gift.

As Angie drags Jess further into Margot’s circle, Jess discovers more than her friend’s growing crush. Secrets and cruelty lie just beneath the carefree surface of this world of wealth and privilege, and when they come out, Jess knows Angie won’t be able to handle the consequences.

When the inevitable darkness finally descends, Angie will need her best friend.

“It doesn’t even matter that she probably doesn’t understand how much she means to me. It’s purer this way. She can take whatever she wants from me, whenever she wants it, because I’m her best friend.”

A Line in the Dark is a story of love, loyalty, and murder.

There are honestly so many more books I could have included here, there are so many awesome LGBTQ+ books out there in this world and I can’t wait to start reading more of them. I see a fault in how much lack of LGBT representation are on my bookshelves and I’m slowly branching out and starting to read them. These are a list of books I’m hoping to obtain and read in the near future and I’m so excited for them all for so many reasons! Let me know which of these you are most curious and and intrigued by. Also if you have read any of these let me know what you thought!