Magical Realism, the genre that confounds me. I have not delved into this genre and I so desperately want to…. no I need to. This is a genre related to fantasy that deals more the ethereal meeting the mundane in very magical ways. I’m sorry to say I don’t think I have read a single magical Realism book, but that needs and will change as soon as possible. ﻿

Without further ado here is my magical realism tbr of books I wish to read in the near future:

The Strange and Beautiful Sorrows of Ava Lavender By Leslye Walton

Magical realism, lyrical prose, and the pain and passion of human love haunt this hypnotic generational saga.
Foolish love appears to be the Roux family birthright, an ominous forecast for its most recent progeny, Ava Lavender. Ava—in all other ways a normal girl—is born with the wings of a bird.
In a quest to understand her peculiar disposition and a growing desire to fit in with her peers, sixteen-year old Ava ventures into the wider world, ill-prepared for what she might discover and naïve to the twisted motives of others. Others like the pious Nathaniel Sorrows, who mistakes Ava for an angel and whose obsession with her grows until the night of the Summer Solstice celebration.
That night, the skies open up, rain and feathers fill the air, and Ava’s quest and her family’s saga build to a devastating crescendo.
First-time author Leslye Walton has constructed a layered and unforgettable mythology of what it means to be born with hearts that are tragically, exquisitely human.

This book just sounds gorgeous. I don’t know how I could ever not want to read a book like this. The prospect of it is utterly fascinating and almost sorrowful and I know I would devour this book.

National Book Award Finalist * Printz Award Winner for Best Young Adult Book of the Year
“Ruby’s novel deserves to be read and reread. It is powerful, beautiful, extraordinary.”—School Library Journal
Everyone knows Bone Gap is full of gaps.
So when young, beautiful Roza went missing, the people of Bone Gap weren’t surprised. But Finn knows what really happened to Roza. He knows she was kidnapped by a dangerous man whose face he cannot remember.
As we follow the stories of Finn, Roza, and the people of Bone Gap, acclaimed author Laura Ruby weaves a tale of the ways in which the face the world sees is never the sum of who we are.

I’ve heard nothing but amazing things about Bone Gap and I have wanted to read it for what feels like ages now. Something about this book calls to me.

American Street is an evocative and powerful coming-of-age story perfect for fans of Everything, Everything; Bone Gap; and All American Boys. In this stunning debut novel, Pushcart-nominated author Ibi Zoboi draws on her own experience as a young Haitian immigrant, infusing this lyrical exploration of America with magical realism and vodou culture.
On the corner of American Street and Joy Road, Fabiola Toussaint thought she would finally find une belle vie—a good life.
But after they leave Port-au-Prince, Haiti, Fabiola’s mother is detained by U.S. immigration, leaving Fabiola to navigate her loud American cousins, Chantal, Donna, and Princess; the grittiness of Detroit’s west side; a new school; and a surprising romance, all on her own.
Just as she finds her footing in this strange new world, a dangerous proposition presents itself, and Fabiola soon realizes that freedom comes at a cost. Trapped at the crossroads of an impossible choice, will she pay the price for the American dream?

This novel is infused with vodou culture and I need a book like that in my life. I’m utterly fascinated by the prospect of this book and I need it in my hands as soon as possible!

A Monster Calls by Patrick Ness

An unflinching, darkly funny, and deeply moving story of a boy, his seriously ill mother, and an unexpected monstrous visitor.
At seven minutes past midnight, thirteen-year-old Conor wakes to find a monster outside his bedroom window. But it isn’t the monster Conor’s been expecting– he’s been expecting the one from his nightmare, the nightmare he’s had nearly every night since his mother started her treatments. The monster in his backyard is different. It’s ancient. And wild. And it wants something from Conor. Something terrible and dangerous. It wants the truth. From the final idea of award-winning author Siobhan Dowd– whose premature death from cancer prevented her from writing it herself– Patrick Ness has spun a haunting and darkly funny novel of mischief, loss, and monsters both real and imagined.

This book is beloved by so many readers and I want to read it for myself because it sounds so enticing and wonderful in the darkest of ways. 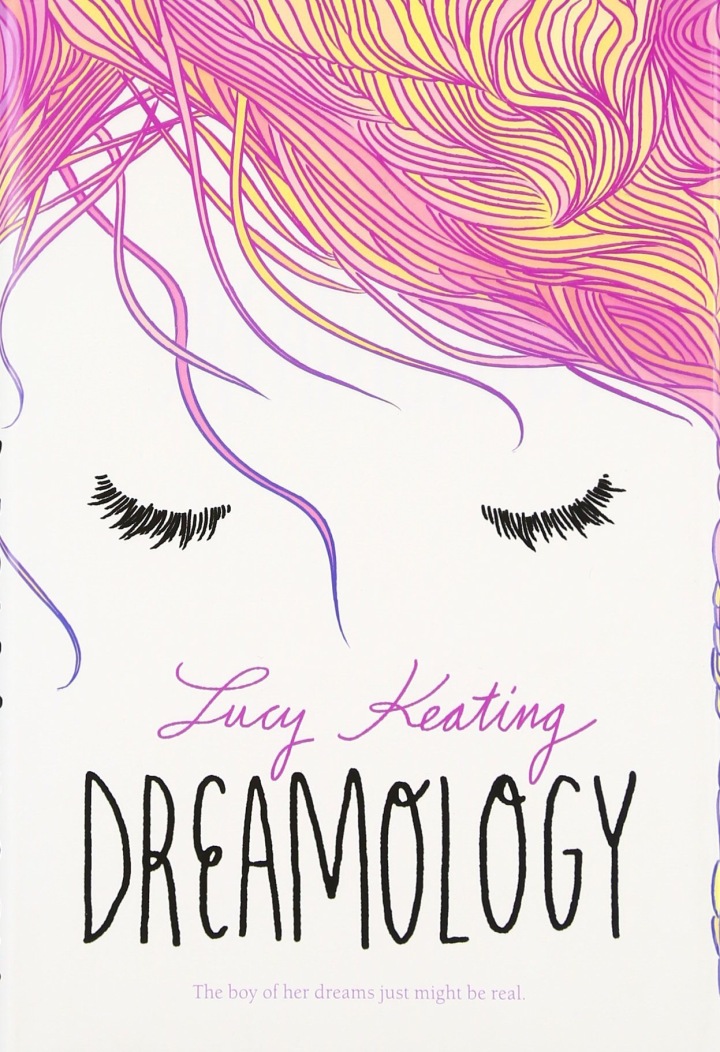 Vibrantly offbeat and utterly original, Lucy Keating’s debut novel combines the unconventional romance of Eternal Sunshine of the Spotless Mind with the sweetness and heart of Jenny Han.
For as long as Alice can remember, she has dreamed of Max. Together, they have traveled the world and fallen deliriously, hopelessly in love. Max is the boy of her dreams—and only her dreams. Because he doesn’t exist.
But when Alice walks into class on her first day at a new school, there he is. Real Max is nothing like Dream Max. He’s stubborn and complicated. And he has a whole life Alice isn’t a part of. Getting to know each other in reality isn’t as perfect as Alice always hoped.
Alarmingly, when their dreams start to bleed into their waking hours, the pair realize that they might have to put an end to a lifetime of dreaming about each other. But when you fall in love in your dreams, can reality ever be enough?

This book sounds adorable and light and just the sort of fun magical realism that could show me just how varied the genre can be.

The Walls Around Us by Nova Ren Suma

On the outside, there’s Violet, an eighteen-year-old dancer days away from the life of her dreams when something threatens to expose the shocking truth of her achievement.
On the inside, within the walls of the Aurora Hills juvenile detention center, there’s Amber, locked up for so long she can’t imagine freedom.
Tying their two worlds together is Orianna, who holds the key to unlocking all the girls’ darkest mysteries…
What really happened on the night Orianna stepped between Violet and her tormentors? What really happened on two strange nights at Aurora Hills? Will Amber and Violet and Orianna ever get the justice they deserve—in this life or in another one?
In prose that sings from line to line, Nova Ren Suma tells a supernatural tale of guilt and of innocence, and of what happens when one is mistaken for the other.

Words that come to mind when I think about this book: Mysterious, strange, and lovely and I desperately want to see if those words meet the bill for this book. 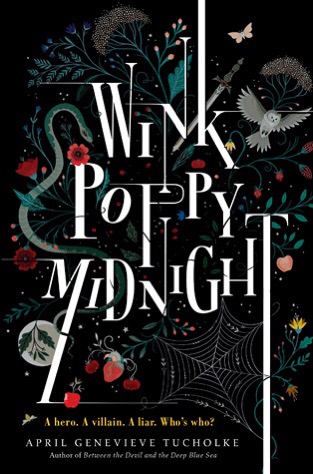 The intrigue of The Raven Boys and the “supernatural or not” question of The Unbecoming of Mara Dyer coalesce in this young adult mystery, where nothing is quite as it seems, no one is quite who you think, and everything can change on a dime.
Every story needs a hero.

Every story needs a villain.

Every story needs a secret.
Wink is the odd, mysterious neighbor girl, wild red hair and freckles. Poppy is the blond bully and the beautiful, manipulative high school queen bee. Midnight is the sweet, uncertain boy caught between them. Wink. Poppy. Midnight. Two girls. One boy. Three voices that burst onto the page in short, sharp, bewitching chapters, and spiral swiftly and inexorably toward something terrible or tricky or tremendous.
What really happened?

The cover for this book is gorgeous… as all the covers on this list are.. I’m convinced that magical realism has some of the best covers out there. This book sounds quirky and lovely and I am so excited to eventually read it!

The Art of Starving by Sam J. Miller

More Happy Than Not meets Glory O’Brien’s History of the Future in this gritty, contemporary YA debut about a bullied gay teen boy with an eating disorder who believes he’s developed super powers via starvation.
Matt hasn’t eaten in days.
His stomach stabs and twists inside, pleading for a meal. But Matt won’t give in. The hunger clears his mind, keeps him sharp—and he needs to be as sharp as possible if he’s going to find out just how Tariq and his band of high school bullies drove his sister, Maya, away.
Matt’s hardworking mom keeps the kitchen crammed with food, but Matt can resist the siren call of casseroles and cookies because he has discovered something: the less he eats the more he seems to have . . . powers. The ability to see things he shouldn’t be able to see. The knack of tuning in to thoughts right out of people’s heads. Maybe even the authority to bend time and space.
So what is lunch, really, compared to the secrets of the universe?
Matt decides to infiltrate Tariq’s life, then use his powers to uncover what happened to Maya. All he needs to do is keep the hunger and longing at bay. No problem. But Matt doesn’t realize there are many kinds of hunger… and he isn’t in control of all of them.
A darkly funny, moving story of body image, addiction, friendship, and love, Sam J. Miller’s debut novel will resonate with any reader who’s ever craved the power that comes with self-acceptance.

This book sounds emotional and hard and so many degrees of sad. This is one of the ones on this list I’m most anticipating reading, because it feels like it will be one that breaks my heart.

﻿
The Gallery of Unfinished Girls by Lauren Karcz

A beautiful and evocative look at identity and creativity, The Gallery of Unfinished Girls is a stunning debut in magical realism. Perfect for fans of The Walls Around Us and Bone Gap.
Mercedes Moreno is an artist. At least, she thinks she could be, even though she hasn’t been able to paint anything worthwhile in the past year.
Her lack of inspiration might be because her abuela is in a coma. Or the fact that Mercedes is in love with her best friend, Victoria, but is too afraid to admit her true feelings.
Despite Mercedes’s creative block, art starts to show up in unexpected ways. A piano appears on her front lawn one morning, and a mysterious new neighbor invites Mercedes to paint with her at the Red Mangrove Estate.
At the Estate, Mercedes can create in ways she hasn’t ever before. But Mercedes can’t take anything out of the Estate, including her new-found clarity. Mercedes can’t live both lives forever, and ultimately she must choose between this perfect world of art and truth and a much messier reality.

I have a feeling about this book, a really good feeling and because of that I believe I would be dazzled by this book. There are so many elements of it that I love and I can’t wait to get my hands on a copy!

Thank you all for reading! Have you read any of these books? If so what did you think? Do you have any magical realism recommendations for a baby of the genre?

37 thoughts on “Magical Realism: A YA Genre TBR”