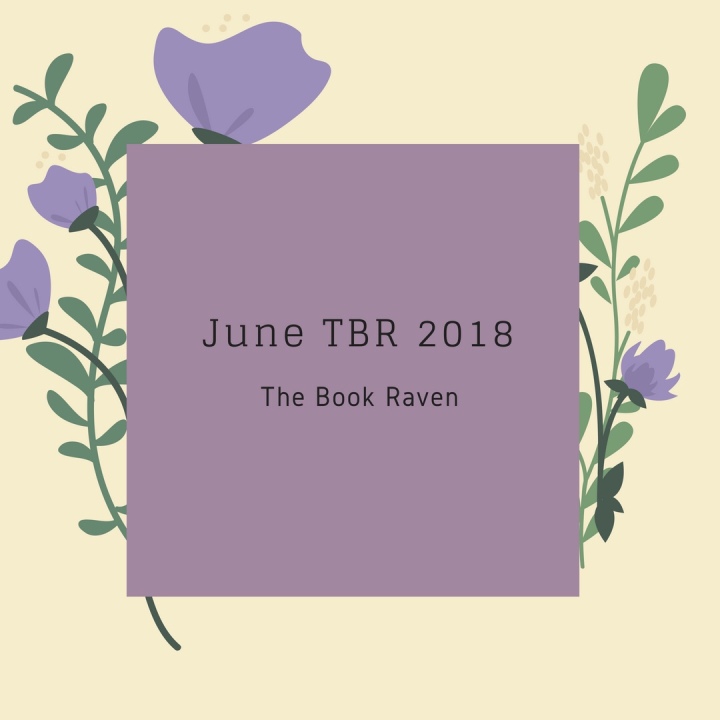 It’s June and that means it’s time to share a brand new tbr! I have a few roll overs from last month as well as some more Netgalley reads. I’m starting to dwindle down on the Netgalley books and I’m super excited about it. I’ve got 23 books to go till I’m finally back on track!

By a Charm and A Curse by Jaime Questell 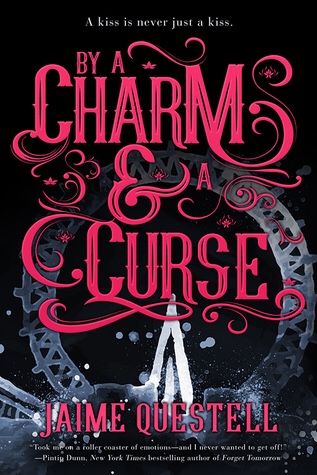 Le Grand’s Carnival Fantastic isn’t like other traveling circuses. It’s bound by a charm, held together by a centuries-old curse, that protects its members from ever growing older or getting hurt. Emmaline King is drawn to the circus like a moth to a flame…and unwittingly recruited into its folds by a mysterious teen boy whose kiss is as cold as ice.

Forced to travel through Texas as the new Girl in the Box, Emmaline is completely trapped. Breaking the curse seems like her only chance at freedom, but with no curse, there’s no charm, either—dooming everyone who calls the Carnival Fantastic home. Including the boy she’s afraid she’s falling for.

Everything—including his life—could end with just one kiss.

I am loving this Netgalley read. It’s fun, magical, and quite a bit unexpected. I’m a bit more then halfway through it and I’m excited to see how it ends!

Free to Fall by Lauren Miller 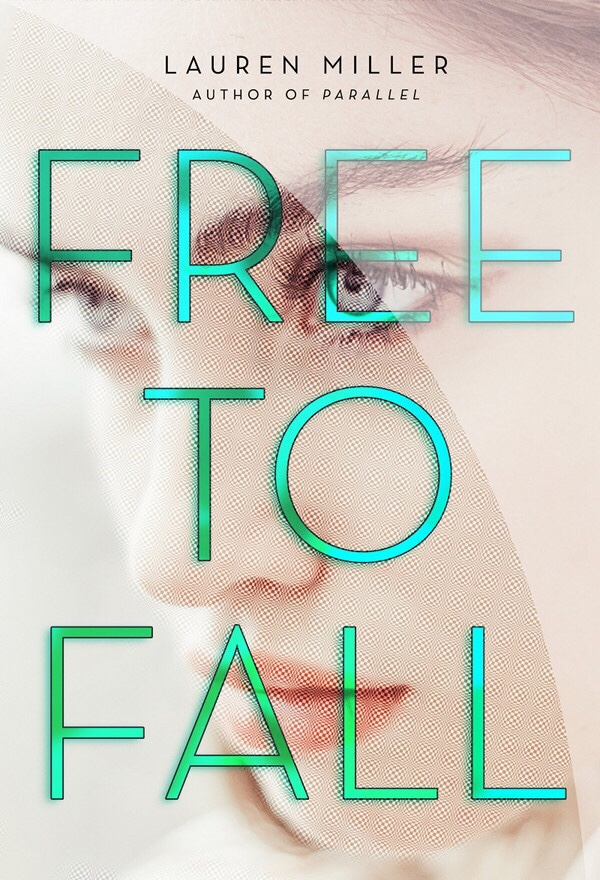 What if there was an app that told you what song to listen to, what coffee to order, who to date, even what to do with your life—an app that could ensure your complete and utter happiness?

What if you never had to fail or make a wrong choice?

What if you never had to fall?

Fast-forward to a time when Apple and Google have been replaced by Gnosis, a monolith corporation that has developed the most life-changing technology to ever hit the market: Lux, an app that flawlessly optimizes decision making for the best personal results.

Just like everyone else, sixteen-year-old Rory Vaughn knows the key to a happy, healthy life is following what Lux recommends. When she’s accepted to the elite boarding school Theden Academy, her future happiness seems all the more assured. But once on campus, something feels wrong beneath the polished surface of her prestigious dream school.

Then she meets North, a handsome townie who doesn’t use Lux, and begins to fall for him and his outsider way of life. Soon, Rory is going against Lux’s recommendations, listening instead to the inner voice that everyone has been taught to ignore — a choice that leads her to uncover a truth neither she nor the world ever saw coming.

So the past few months I have included this book and each month I put it aside to read other things, but I swear I’m going to get through it in June. I’m not too far into it but I hope to at least get through it as much as I possibly can.

Tess of the Road by Rachel Hartman 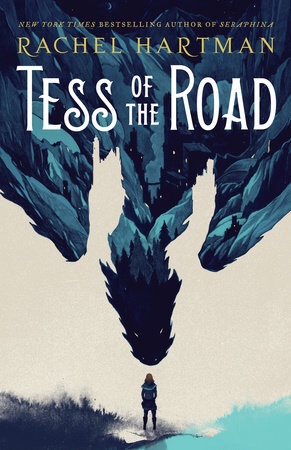 Award-winning Rachel Hartman’s newest YA is a tour de force and an exquisite fantasy for the #metoo movement.

“Tess of the Road is astonishing and perfect. It’s the most compassionate book I’ve read since George Eliot’s Middlemarch.” — NPR

In the medieval kingdom of Goredd, women are expected to be ladies, men are their protectors, and dragons can be whomever they choose. Tess is none of these things. Tess is. . . different. She speaks out of turn, has wild ideas, and can’t seem to keep out of trouble. Then Tess goes too far. What she’s done is so disgraceful, she can’t even allow herself to think of it. Unfortunately, the past cannot be ignored. So Tess’s family decide the only path for her is a nunnery.

But on the day she is to join the nuns, Tess chooses a different path for herself. She cuts her hair, pulls on her boots, and sets out on a journey. She’s not running away, she’s running towards something. What that something is, she doesn’t know. Tess just knows that the open road is a map to somewhere else–a life where she might belong.

Returning to the spellbinding world of the Southlands she created in the award-winning, New York Times bestselling novel Seraphina, Rachel Hartman explores self-reliance and redemption in this wholly original fantasy.

“The world building is gorgeous, the creatures are vivid and Hartman is a masterful storyteller. Pick up this novel, and savor every page.” — Paste Magazine

I’m so excited for this novel! I’ve been anticipating reading this since the moment I got approved and I’m sad to say I was approved for this months ago. I’m just grateful to finally be able to read this!

This Heart of Mine by C.C. Hunter 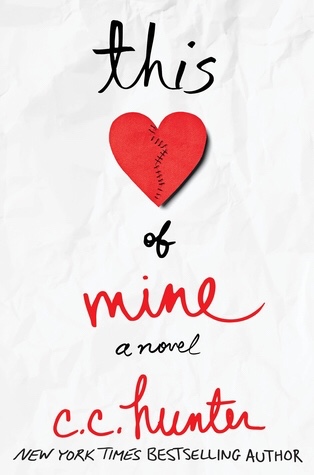 A new heart saved her life—but will it help her find out what really happened to its donor?

Seventeen-year-old Leah MacKenzie is heartless. An artificial heart in a backpack is keeping her alive. However, this route only offers her a few years. And with her rare blood type, a transplant isn’t likely. Living like you are dying isn’t all it’s cracked up to be. But when a heart becomes available, she’s given a second chance at life. Except Leah discovers who the donor was — a boy from her school — and they’re saying he killed himself. Plagued with dreams since the transplant, she realizes she may hold the clues to what really happened.

Matt refuses to believe his twin killed himself. When Leah seeks him out, he learns they are both having similar dreams and he’s certain it means something. While unraveling the secrets of his brother’s final moments, Leah and Matt find each other, and a love they are terrified to lose. But life and even new hearts don’t come with guarantees. Who knew living took more courage than dying?

This is a highly rated novel that I can’t wait to take on! It sounds heartfelt and beautiful and a great addition to my tbr!

The Beauty that Remains by Ashely Woodfolk 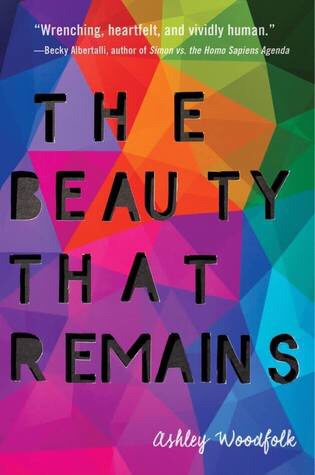 Music brought Autumn, Shay, and Logan together. Death wants to tear them apart.

Autumn always knew exactly who she was—a talented artist and a loyal friend. Shay was defined by two things: her bond with her twin sister, Sasha, and her love of music. And Logan always turned to writing love songs when his love life was a little less than perfect.

But when tragedy strikes each of them, somehow music is no longer enough. Now Logan can’t stop watching vlogs of his dead ex-boyfriend. Shay is a music blogger struggling to keep it together. And Autumn sends messages that she knows can never be answered.

Despite the odds, one band’s music will reunite them and prove that after grief, beauty thrives in the people left behind.

Another heart wrenching novel I am excited to read. It seems contemporary, unique, and delightfully musical.

Thanks for reading! What are you excited to read this month?